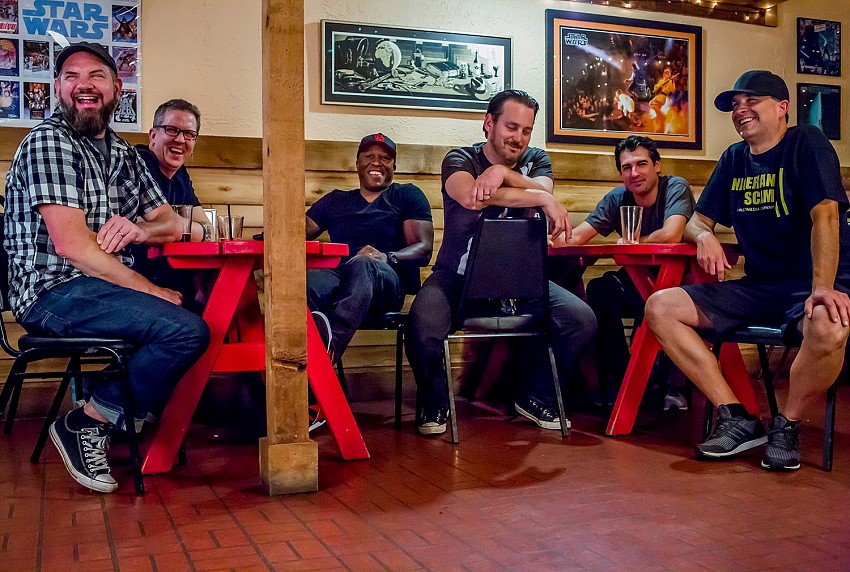 St. Louis-based ska-punk-alt-rock outfit The Urge was formed in 1987 by vocalist Steve Ewing and bassist Karl Grable, with the current lineup of Matt Kwiatkowski, Bill Reiter, John Pessoni, and Jerry Jost solidifying in the early 1990s.

After independently recording and releasing four albums  - "Bust Me Dat Forty" (1987), "Puttin' the Backbone Back" (1990), "Magically Delicious" (1992), and the live "Fat Babies in the Mix" (1993) - the band's raucous live reputation, as well as radio airplay, brought them to the attention of Immortal Records, who re-released their 1995 cult-classic "Receiving the Gift of Flavor".

Constant touring throughout the U.S. and Europe, especially with friends 311, Korn, and Incubus, as well as radio airplay of their popular single "Jump Right In" from the 1998 album "Master of Styles", built an enthusiastic fan base.

After their last Immortal Records release ”Too Much Stereo" in 2000, The Urge took an extended hiatus for several years before reuniting in 2011 to independently release the live CD/DVD "All the Way Live/Live and Direct" (2012), "Galvanized" (2013) and "Receiving The Gift Of Flavor - 20th Anniversary (Re-Recorded Live Before A Studio Audience)" (2015) which was also celebrated by the release of the Public House beer “The Gift Of Flavor”.

2018 marks the 20th Anniversary of the release of “Master Of Styles”, which included the Top 10 Modern Rock song “Jump Right In” featuring Nick Hexum as well as “Closer” and “Straight To Hell”